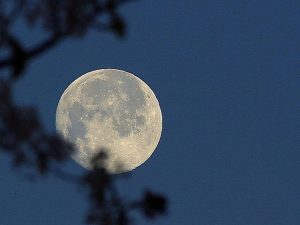 That simple question does not require a complex answer but we will attempt to give you an “involved” answer.

The first mention of Moon Lodges can be found in the Cooke Manuscript of 1410, one of the oldest documents belonging to the Masonic Craft.

In the U.S., Moon Lodges were first noted in colonial times around 1717 to be operating in Philadelphia, Boston and Tennessee. You may make note that the Grand Lodge of Pa. was not constituted until 1734.

There appears to be approximately 3000 moon lodges in the U.S. at the turn of the last century but by the 1950’s that number had decreased to 500. Today, by last count, there are roughly 129 moon lodges in the U.S., 14 of which are in Pa. with Texas leading with 19. The first recorded true moon lodge under the Pennsylvania Grand Lodge was in Sunbury, chartered in 1779, and met on the full moon unless it fell on Sunday, in which case they would meet on Monday. Perseverance Lodge 21 in Harrisburg met on the full moon until 1790 when they changed to the first Wednesday of the month. Two of Pennsylvania’s earliest Moon Lodges are in Bradford County found in Monroeton chartered (1819) and Athens (1798).

As most of you already know or have surmised, a moon lodge was born out of necessity due to the lack of natural or artificial illumination by which one could travel to and from meetings. During the 18th century, transportation was limited to horseback, horse & buggy, walking and even in some circumstances by boat. There were no paved roads and very few gravel but merely two dirt ruts that would meander through bush and fields rarely in a straight line. With only a candle or coal oil lamp to light the way, a full moon provided welcome companionship for a long and lonely trek. Individuals would travel 8-10 miles or more and were unable to make the long trip home at night and would be supplied lodging by a fellow brother, leaving after breakfast to return home the next morning.

Some jurisdictions in the late 1800’s would print and distribute to every Masonic home, a thirteen month calendar with only the date and month of the full moon throughout the year.

On March 1, 1852, the Grand Lodge of Pennsylvania granted a charter for the establishment of a masonic lodge in Orrstown. The charter members were Henry Ruby, John Orr, James B. Orr, William Orr, William F. Breckenridge, Joseph Johnston, John Wunderlich, and Jacob Heck, who all lived in Orrstown and the surrounding vicinity. James B. Orr, the first Worshipful Master and the seven other charter members desired a lodge in their hometown, not just for accessibility, but because they knew that the community of Orrstown would uphold the values, traditions and beliefs of Freemasonry. Their first meeting was on May 6th, 1852 and they would meet on the first and third Thursday of the month until November 20, 1879, when they became a moon lodge. Since then we have met the Thursday on or before the full moon.

William aka “Billy” Piper, Worshipful Master in 1897, 1898, 1922 and 1932, would make the trek from Spring Run over the mountain to Orrstown, a distance of 14 mi. If you have ever driven over the Timmons Mountain (PA Route 641), you can appreciate the effort of walking or even traveling by horseback to make meetings.

Orrstown Lodge No. 262 continues to follow this tradition and is honored to be still one of the remaining ‘Moon Lodges’ in Pennsylvania. Our Stated Meetings are the Thursday On or Before the Full Moon of the Month, unless for other reasons stated by the Worshipful Master. The Worshipful Master can change this pre-selected date one week before or after without a special dispensation from the Grand Lodge of PA. Instances that may require the Worshipful Master to modify the date may be if the Stated Meeting may fall on a Major Holiday, or for some other unavoidable occurrence. The Lodge also goes “Dark” during the summer months of July and August, where no Stated Meetings are held.

Orrstown Lodge’s heritage is deeply rooted in this tradition and provides some distinction when conversing with other members of the fraternity.

Many Thanks to Brother David M. Secor, PM (2010) for his contribution to this page.

Pennsylvania Moon Lodges still in operation as of 2020